As real estate tech touches more and more pieces of the overall transaction, the one place that technology and its algorithms cannot reach is how to determine an accurate asking price for high-end properties. Homes at the very top always have a few features that make them unique. But that also makes them impossible to compare to other houses, which is usually how everyone—from agents to appraisers to algorithms—come up with a dollar amount to give to a listing.

“Algorithms at their heart are supposed to be statistically valid,” says real estate agent Rob Giem with Compass. “The problem with algorithms when you apply them to properties like this is there’s not enough data for that analysis to be valid. That’s why I laugh over them because algorithms don’t have the capacity to interpret the value of a property.” 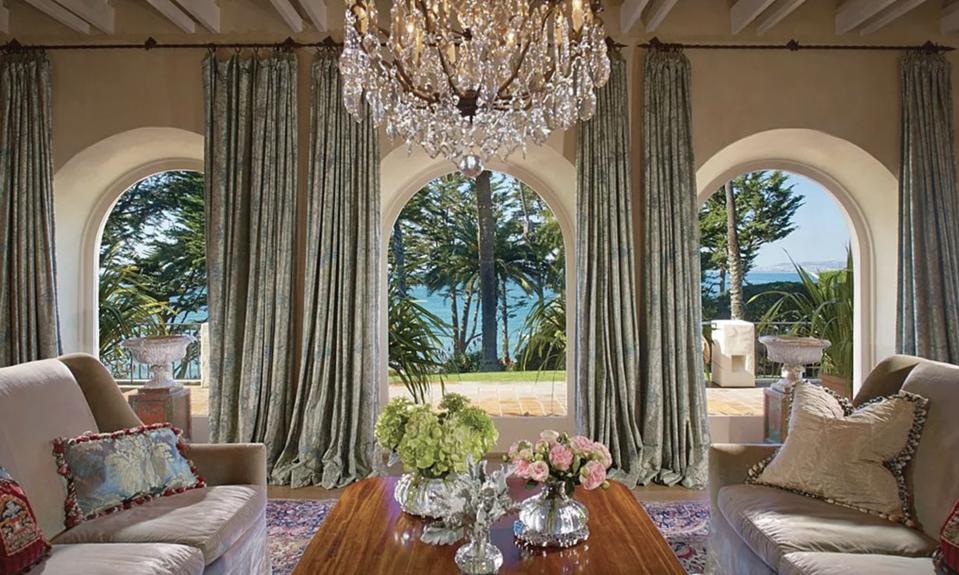 Giem cites the San Clemente, California, home formerly owned by President Richard Nixon that he and agent Linda May of Hilton & Hyland have co-listed. The home, which has only had three owners in its nearly 100 year history, came on the market in 2015 for $75 million and has taken a few steps down the price ladder—to $69 million then $63.5 million. Now it has new listing agents and a new asking price of $57.5 million.

Richard Nixon purchased the pad in 1969 when he was still in office and lived there after leaving the White House until 1980 when he sold it to current owner, Gavin S. Herbert, founder and former CEO of pharmaceutical company Allergan (#595 on Forbes’ Global 2000 and #82 on Forbes’ list of World’s Most Innovative Companies 2018). The home was built in 1926 for Hamilton Cotton, a financial partner of San Clemente founder Ole Hanson. 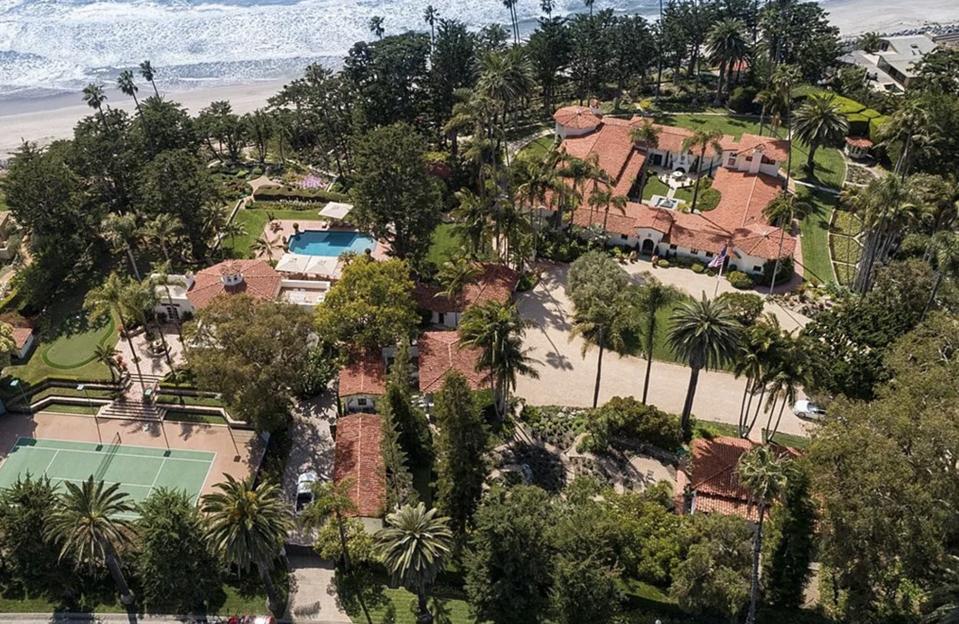 The entire 5.5-acre property, called La Casa Pacifica, is gated and surrounded by a privacy wall, with 450 linear feet of beachfront. Its historic pedigree has been preserved right down to the irreplaceable outdoor antique tiles custom made to the original architect’s specifications, which are still intact after a recent renovation (craftsman carefully removed and stored the tiles while the major work was taking place and then reset each of them to the original design). There is a main 9,000-square-foot house, plus a two-bedroom guest house, pool house with guest quarters and places for live-in staff to stay for a total of nine bedrooms and 14 bathrooms. The property also comes with a pool, tennis court, putting green and large motor court.

“I recently sold 70 feet of beach frontage in Malibu Colony for $40 million," said May. "So you can see how this 450 feet of coastline translates. Of course it is very different locations, but you can see what the value of beachfront is due to its very limited supply. For these properties [it] takes a very special buyer to appreciate [them] and want to have something so unique.” 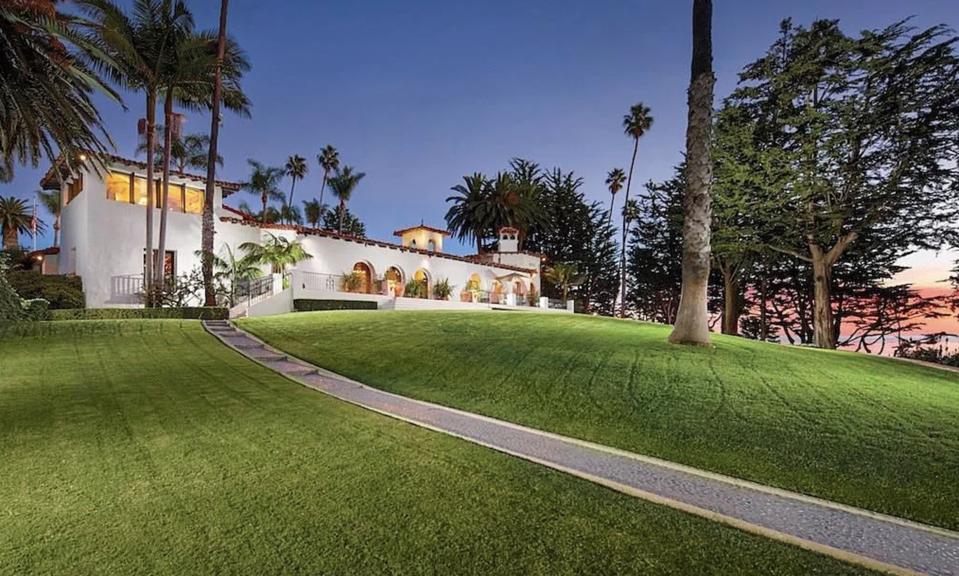 The 5.5 acres also comes with its own aquifer and unlimited drawing rights on the water. “Even when we were in the middle of the drought a few years ago, none of that impacted this property at all,” said Giem. “They can irrigate the garden forever.”

The gardens are another example of how it difficult it is to find a comparison property. Besides the walled perimeter, which is no longer permitted by the planning commission, there are numerous plants that go against the rules implemented by the Coastal Commission after the property was built. 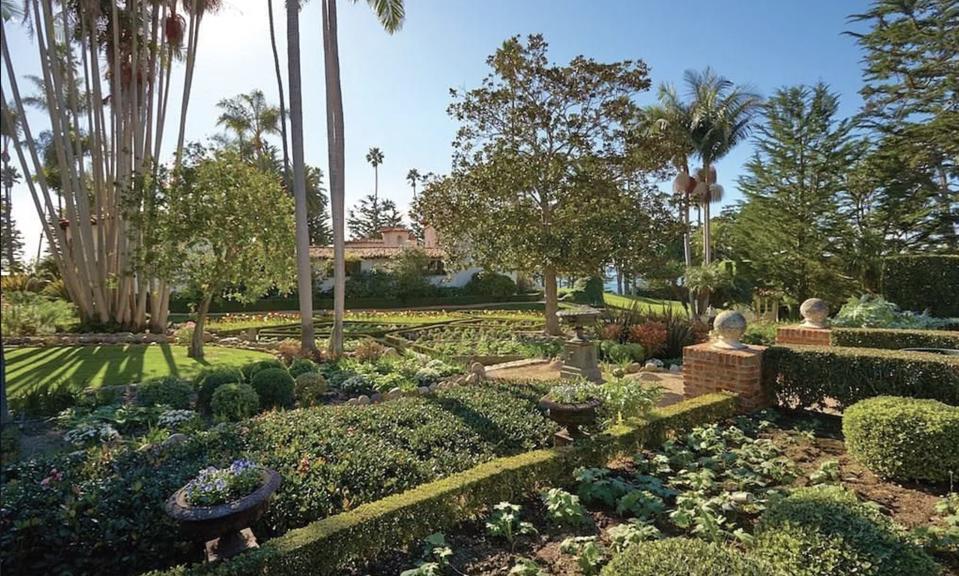 Then there’s the celebrity name to consider. Despite Nixon’s less-than-positive reputation, he was known to have entertained many high-profile guests here during his retirement, including Bob Hope, Henry Kissinger and Arnold Palmer. But only a true history buff would want to pay a premium for the privilege of owning the house where these famous names once sat in the living room.

As Forbes previously reported on “the celebrity premium myth,” many times exclusive properties such as this one start out at a higher asking price to make sure they “aren’t leaving any money on the table” for any die-hard fans, but then come down to a more realistic ask that the market will bear. Or, as appraiser Jonathan Miller refers to it: “aspirational pricing.” 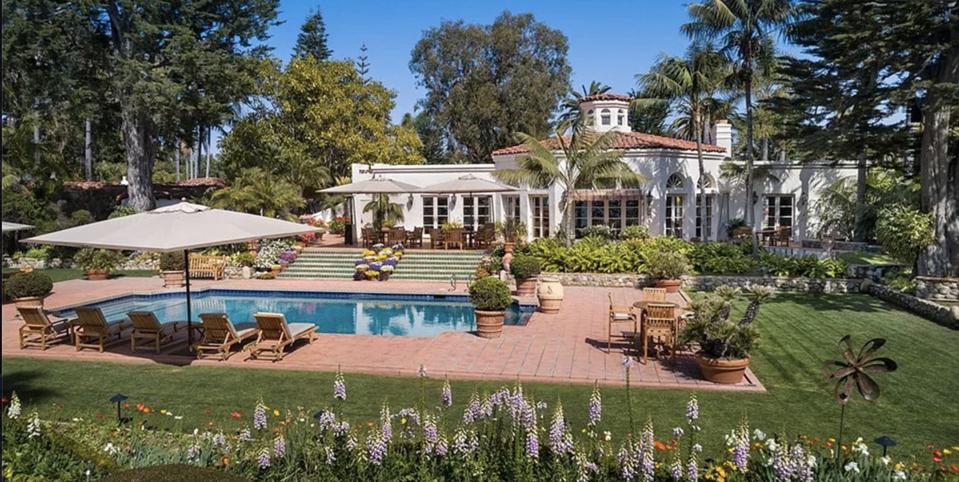 So with all the one-of-a-kind features, how do you come up with a price? Whenever I've talked to luxury agents about the subject they always seem to start with some kind of anchor they know they can put a price on and add or subtract based on that starting point.

In this case the agents started with the land itself. As May mentioned above, her recent $40 million sale of 100 feet of beachfront in Malibu shows how valuable beachfront property is, so with 450 feet of beachfront on Casa Pacifica, plus the 5.5-acre lot, it is going to be worth a much higher asking price. Yet the upper limit has already been decided by virtue of it not selling for the most recent asking price of $63.5 million. Coming down to $57.5 million accounts for all of its perks but still gives it a chance to get top price.

Other common anchors can include neighborhood that offers guaranteed privacy (such as the ultra-secluded Trousdale Estates I recently wrote about), space for their recreational vehicles or close access to something high-end buyers need: the city center, an airport or the main hub of their workplace. Thus, when it comes to homes at the top tier, instead of looking for a comparable property, look for a comparable feature and work up.

How Hard is it to Buy a Home Right Now?