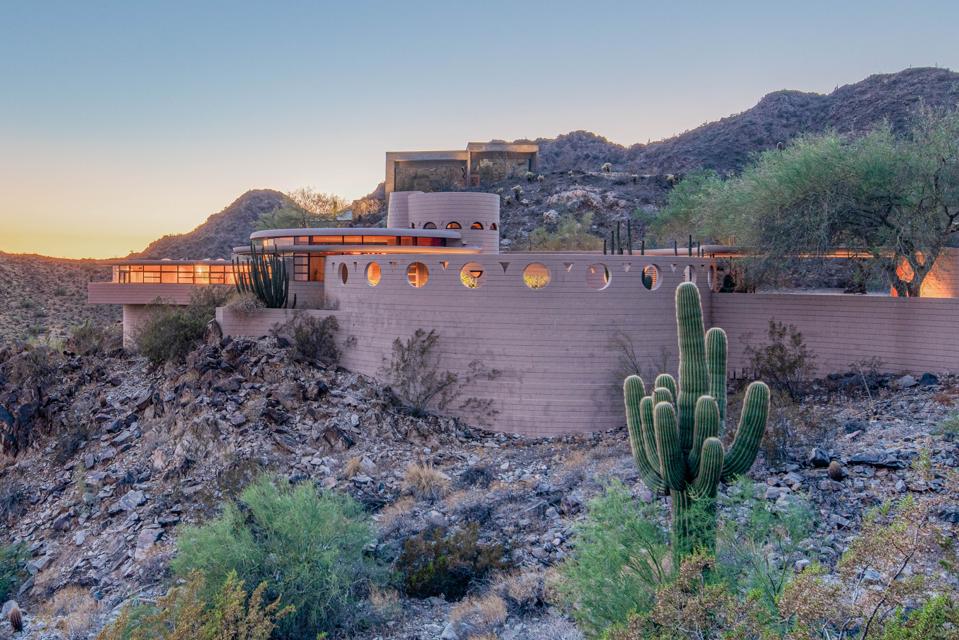 Frank Lloyd Wright’s final residential masterpiece, the Norman Lykes House, sold for $1,677,500 at a public auction October 16 in Phoenix. Nicknamed the Circular Sun House, the iconic contemporary home was auctioned off by Heritage Auctions with no minimum starting price to the highest bidder.

Bidding opened at the 3,095-square-foot home with a conservative $750,000 bid, and response from the 20 registered bidders was immediate. According to Heritage Auctions, paddles flew up at a brisk pace, and bids jumped to $1.5 million before ending at the final price of $1.67 million.

Nate Schar, director of luxury real estate for Heritage Auctions, said the auction house’s worldwide marketing campaign drew international headlines about the home. The winning bid came from an unidentified out-of-state buyer who plans to keep the residence intact and use it as his vacation home. 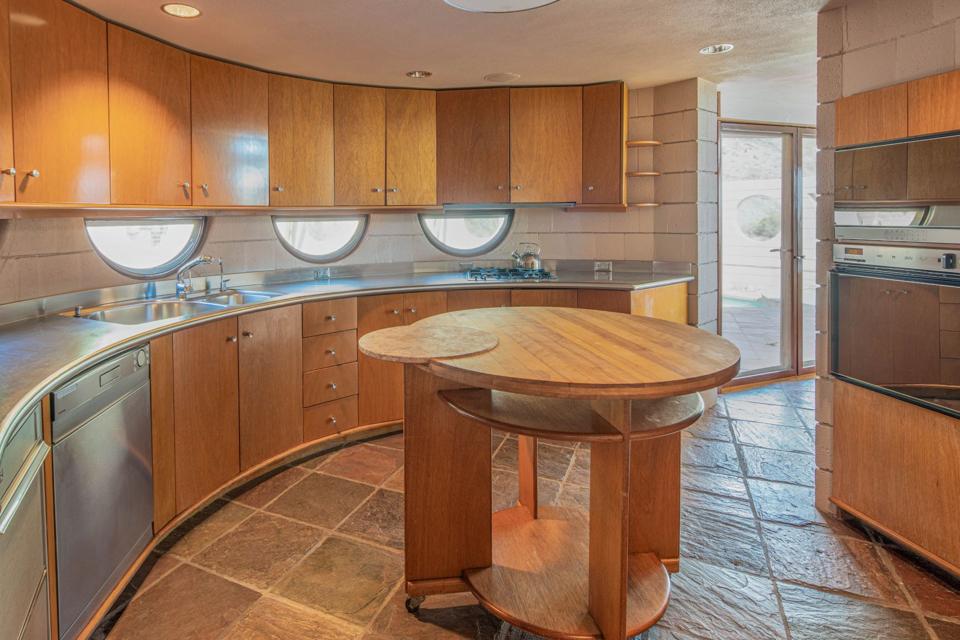 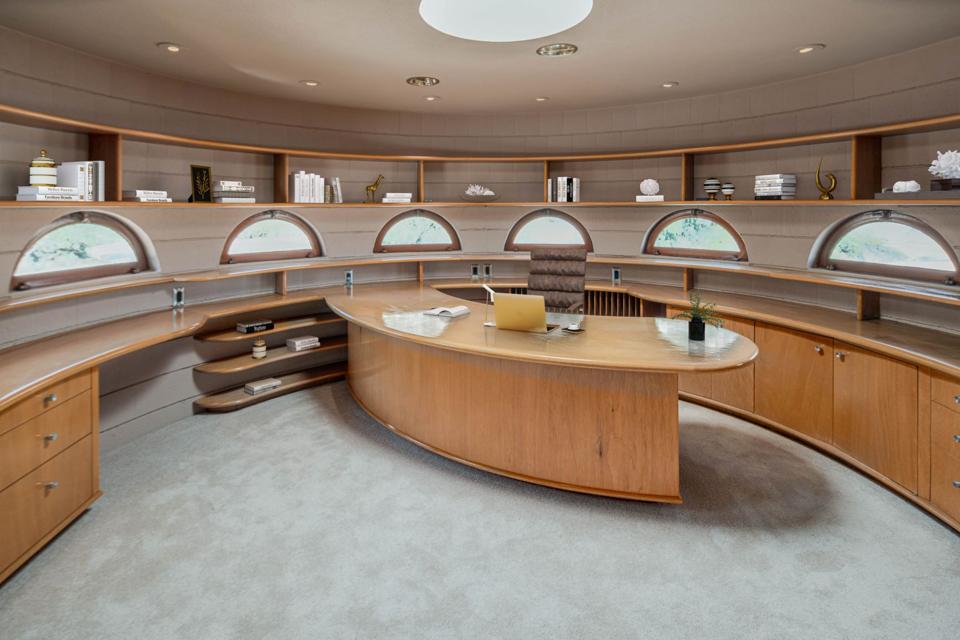 Tucked into 1.3 acres on the edge of the Phoenix Mountains Preserve, the architectural gem in the city's Biltmore neighborhood was the last home design that Wright worked on before his death in 1959. The mid-century modern estate was commissioned by Norman and Aimee Lykes, and it was completed by Wright’s apprentice, John Rattenbury, in 1967.

The home was renovated in 1994, which involved updating the HVAC and electrical systems. Rattenbury helped the second owner transform the workshop into a media room and reconfigure the bedrooms, reducing the number to three from five.

The mountainous terrain provided inspiration for the design and layout of the home. A series of overlapping and intersecting circles and arcs, the structure appears to merge with the curves of the cliffs and boulders into which it was built. Many of the projects that Wright designed during the 1950s explored the use of geometric forms, including the Guggenheim Museum in New York City. The home was designed shortly before the opening of the Guggenheim, and like the museum, it explores the geometry of the circle. 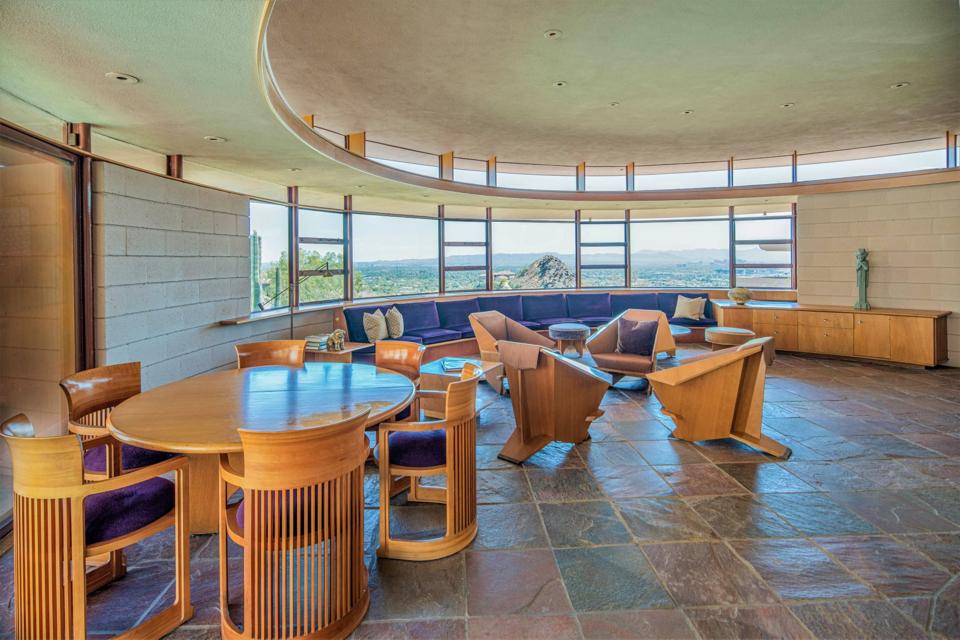 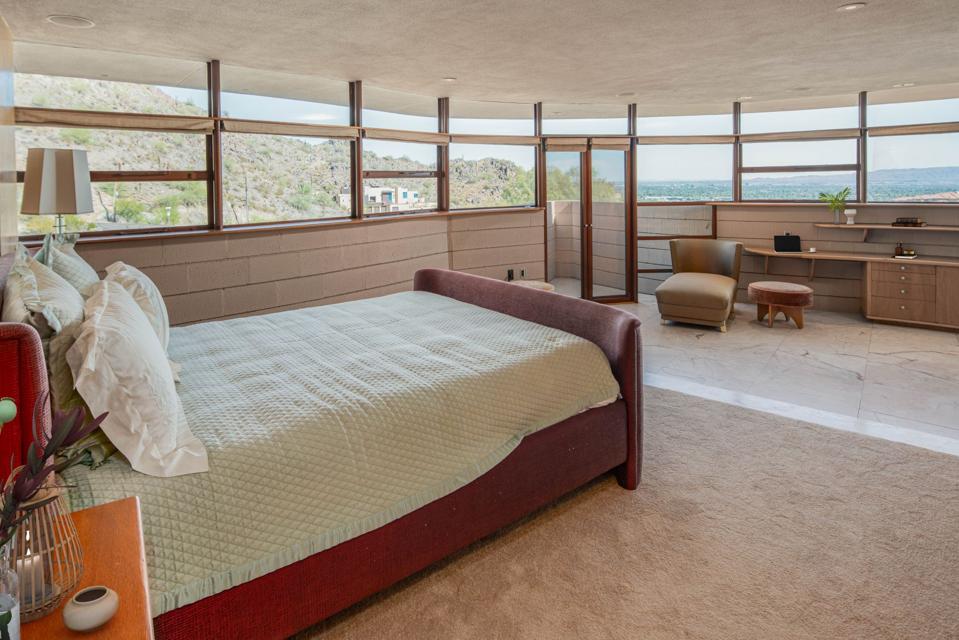 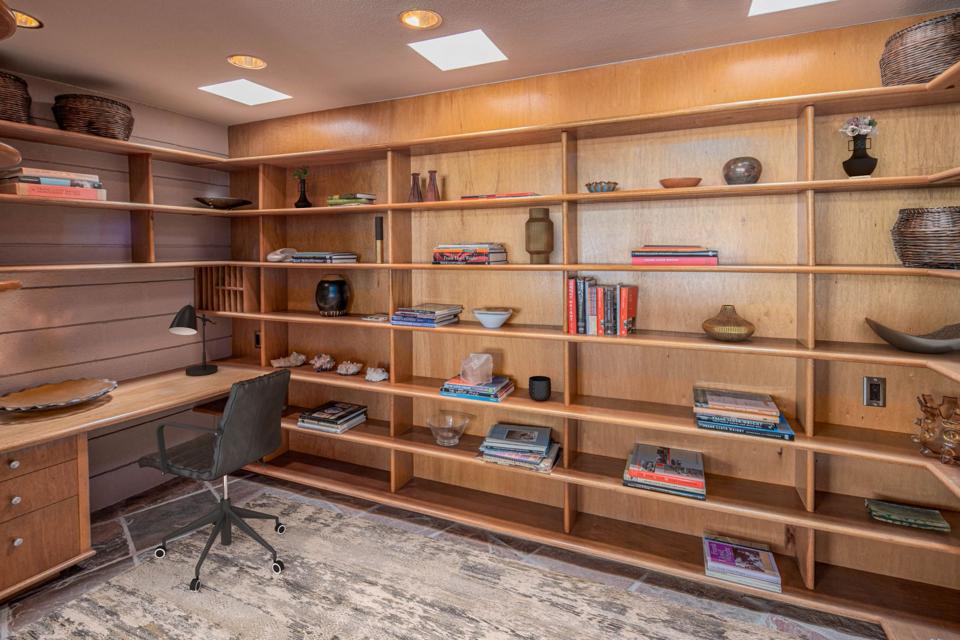 Wright designed the home so that the windows would never receive direct sunlight, yet the interior would remain bathed in natural light.

In addition to the three bedrooms, the residence includes three bathrooms, two living areas and an office on the second floor with 360-degree views. A garden terrace features an indoor wet bar and pool with a fountain lined with mother of pearl. As with many of Wright’s homes, Philippine mahogany is seen throughout. A covered walkway leads to the two-car carport.

The home is built of concrete blocks colored to blend with the boulders surrounding it. Each block was carried by hand to avoid disturbing the desert around it. 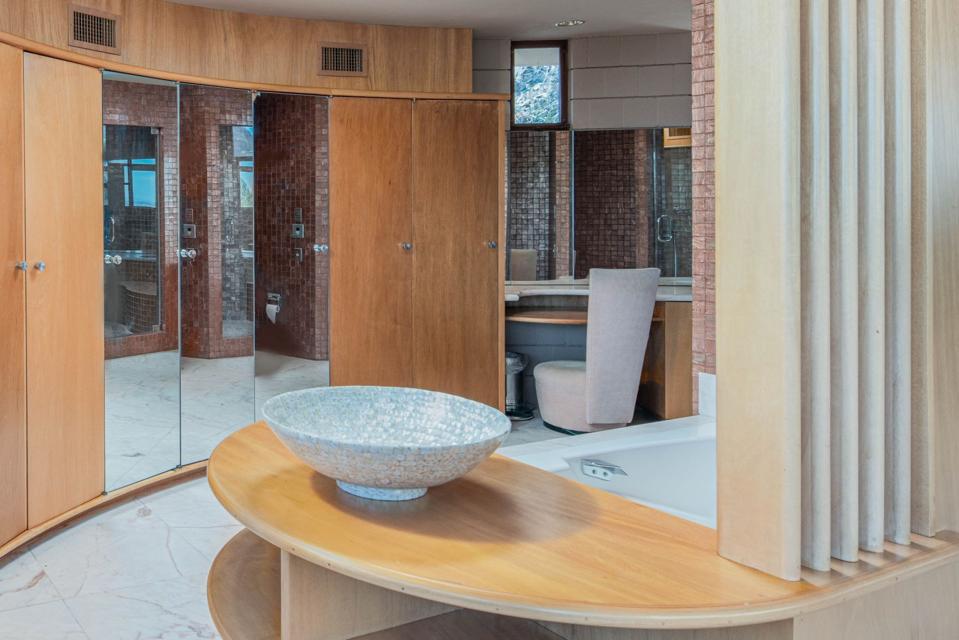 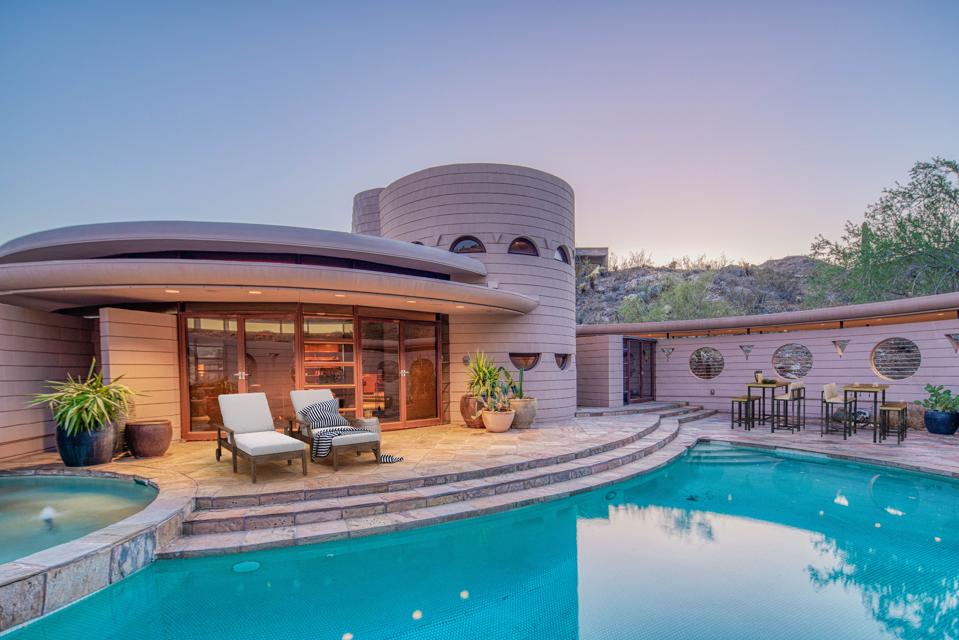 The David and Gladys Wright House in Phoenix is another one of the three spiral designs created by Wright and a precursor to the Guggenheim Museum. The home, which is raised on columns, was built in 1952 in the Arcadia neighborhood of Phoenix for Wright’s son, David, and daughter-in-law, Gladys. The house was titled “How to Live in the Southwest” in the plans by Wright.

HomeAdvisor is celebrating the legacy of Wright’s significant projects in the 37 states where he left his mark throughout his long and prolific career with a map and set of unique illustrations of Wright homes across the country. Click here for a tour of the homes.

Written by: Brenda Richardson for Forbes

How Hard is it to Buy a Home Right Now?